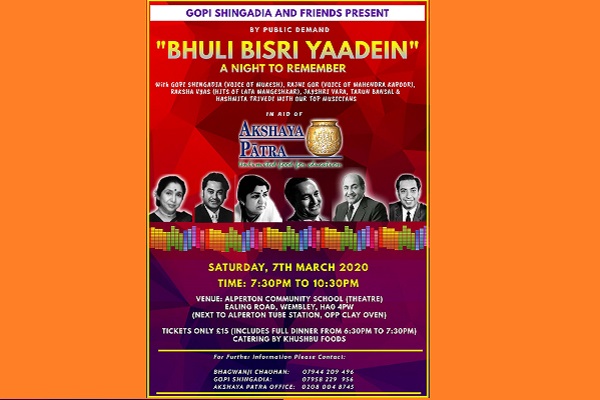 The Akshaya Patra Foundation UK would like to give a huge shout out to Mr. Bhagwanji Chouhan, Mr. Gopi Singhadia and team for putting up such a spectacular musical concert. This was held twice in the last 4 months in aid of The Akshaya Patra Foundation, UK. The first musical evening was held to a packed community hall in Alperton in West London on the 14th of December. The second edition was even bigger and better with tickets selling out within days of the announcement of the concert held on the 7th of March.

Mr Singhadia sang songs from yesteryear and mainly those of famed singer Mukesh Kumar. The audience was thrilled and demanded for an impromptu extension of the hours during both evening. The charity is grateful for the enthusiasm, good intent and relentless support from the entire team. 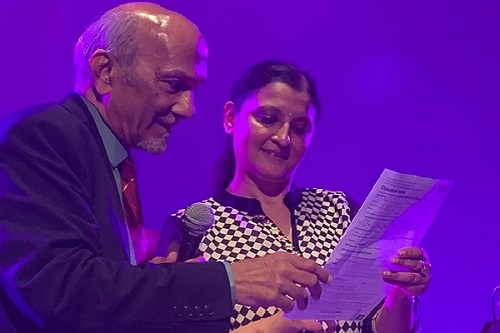 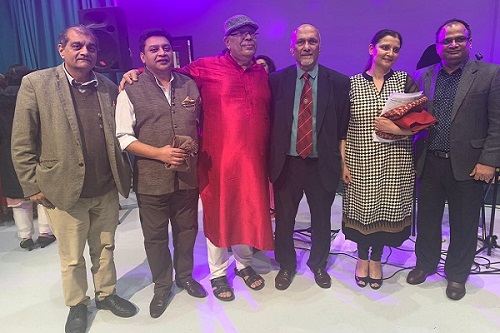