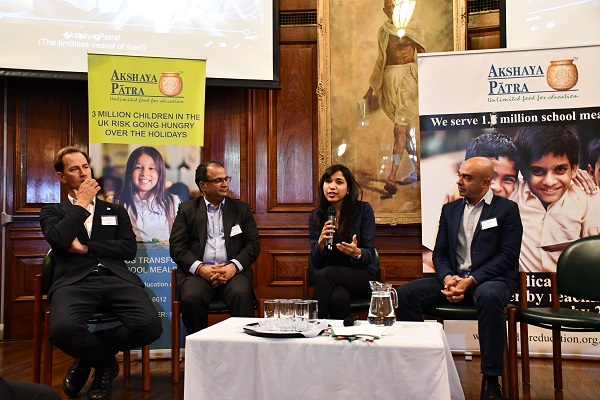 Over 820 million people in the world suffer from Hunger. And there are even more number of people who suffer from obesity.

London: In the backdrop of a large Mahatma Gandhi painting at the iconic Indian High Commission, over 120 people involved with the food industry in city came together to mark World Food Day on the 16th of October. The event was hosted by The Akshaya Patra Foundation UK, which initiated an enlightening and a relevant conversation on the problem of hunger even as tonnes of kilograms of food are going waste in London. A panel discussion with imminent speakers like Michelin star chef Alfred Prasad, Food waste campaigner Tristram Stuart and Akshaya Patra UK CEO Bhawani Singh Shekhawat spoke on how Food can be used as a force to solve some of our planets greatest issues.

The UN report reveals that more than 800 million people in the world suffer from hunger and lack of access to food. And an even larger number of people are suffering from being overweight or obese. The contrast is reflective of how our world is torn into two categories with a level of imbalance more than ever before when it comes to food. Most of those going hungry are children.

“The Akshaya Patra Foundation serves 1.8 million children in India every single day and here in the UK too we serve hot, vegetarian healthy food to children during the holiday season to battle holiday hunger. We are solving for the problem of nutrition, not just hunger. I truly hope we don’t exist in some years as the idea is to eliminate hunger and malnutrition, especially among our children.” said Mr Shekhawat, CEO, Akshaya Patra UK, which has been awarded the Global Food Champion 2019 by the BBC. The foundation runs the world’s largest free mid-day meal campaign.

Tristram Stuart who campaigns against supermarket wastage of food reminded the audience that as the world celebrates the 150th birth anniversary of Mahatma Gandhi, his focus on food wastage should be borne in mind. “Gandhi said even if you don’t chew your food well enough, it goes wasted. Even to that detail he spoke of how we should respect food. We should collectively bring about changes in our household and lifestyle to combat food wastage because there are hundreds of millions of people sleeping hungry in our world every night.” Mr Stuart added. London’s food scene is very global and inclusive. “The food industry is coming together to bring in changes to avoid wastage. Don’t order more than you can eat. Food is playing the most significant role in various health issues breaking out in our planet. You are what you eat.” warned Mr Prasad, the youngest Indian origin chef to be awarded the Michelin start title. The gathering included philanthropists, restaurant owners, food bloggers, chefs, influencers and community leaders who together pledged to look at food differently and value freshness and nutrition.

'There are people in the world so hungry, that God cannot appear to them except in the form of bread.' - Mahatma Gandhi 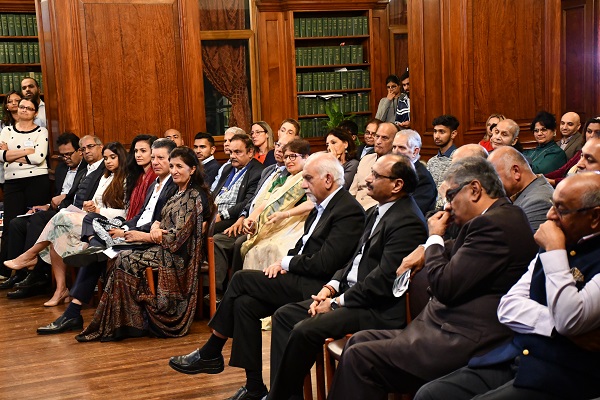 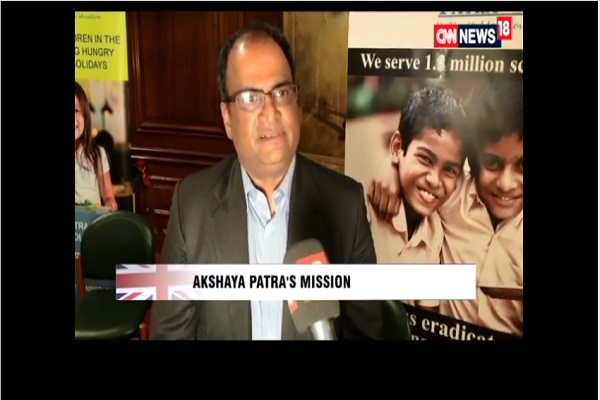