Governor Anandiben Patel and Chief Minister Yogi Adityanath were also present at the inaugural function. The event was presided over by the Chairman pf Akshaya Patra Foundation, Madhu Pandit Dasa and Vice-Chairman Chanchalapathi Dasa. The inauguration event was followed by a tour of the kitchen facility and a symbolic serving of meals to the children. PM Modi unequivocally commended Akshaya Patra’s efforts to address hunger and malnutrition in the country through the feeding programme and pledged their support to the organisation’s endeavours.

A memorable interaction with the youth of Kashi. pic.twitter.com/q17Xliu4sY

Speaking at another event after the Akshaya Patra kitchen launch, Prime Minister Narendra Modi said: “During the ceremony, I had the privilege of interacting with a few 10 and 12-year-old children from a government school from my city Varanasi. I must say, the next time I come to Varanasi, I should meet the teachers of these students. I was with them for merely 15 minutes, but the kind of talent these kids had, the confidence and the variety in skills they demonstrated… and to think they study in a government school, and come from ordinary families is worth noting.” 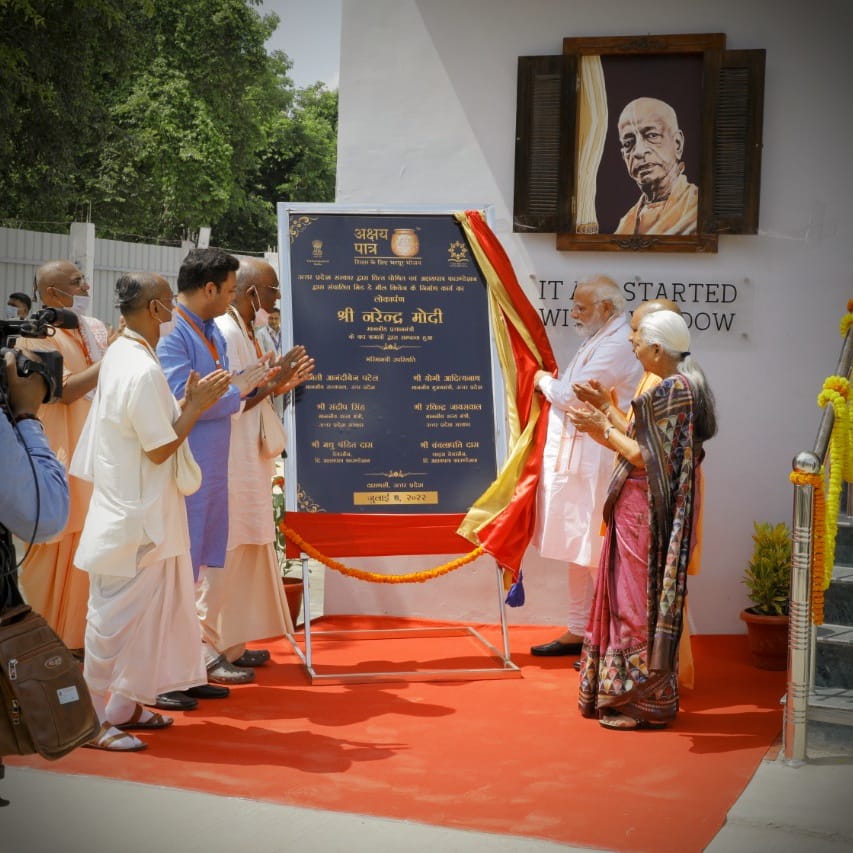 You can feed a child in India for as little as £1.25 per month